This regular series uses the Akron Art Museum’s collection as a source for inspiration for meals to cook at home. Links to recipes at the end of the post.

Patrick Nagatani created works that explore political, cultural and historical themes such as the Japanese American WWII incarceration experience and the legacy of the nuclear bombings of Japan. He built and staged photo-dramas to capture the stories.

His parents, John & Diane, were imprisoned in different camps during WWII, relocated to Chicago, met, married, and started a family. Patrick was born in August 1945, days after the bombings in Nagasaki & Hiroshima, and raised Catholic in a Polish Midwest neighborhood.

While a graduate student at UCLA in the 1970s, Nagatani collaborated on an exhibition and book, juxtaposing the work of two photographers who recorded Manzanar Internment Camp during WWII: Ansel Adams and Toyo Miyatake.

In 1993, Nagatani traveled to Manzanar, where his mother had been incarcerated, making a photographic survey of memorials, remnants of habitation, and the landscape.

Hidden Kitchens (NPR.org) recorded Japanese-Americans: Ms. AKEMI TAMARIBUCHI: I’m 3rd generation Japanese-American. During WWII, my family was interned. I’m positive that many of the dishes I grew up eating stemmed from what they had in camp. Weenie Royale is one of my favorites. Sunday mornings, we always had sliced hotdogs mixed with eggs with soy sauce, stir-fried with onions over rice. There are so many things that have affected our culture, like the food. Some of my closest friends, never even heard the fact that the Japanese were interned…

As a docent at Akron Art Museum, cultural research is step one when creating tours. Honestly, I don’t remember hearing about Japanese internment during American History class, but I did learn about Manzanar watching The Karate Kid (1984). My heart broke then for Mr Miyagi’s loss & breaks now listening to voices of Japanese-Americans recalling their experiences — realizing that we must share hard truths with future generations.

…Ms. TAMARIBUCHI: To be honest, I think the Japanese culture is very silent. Nobody ever complains or talks about any bad times. My grandmother, my obachan, now 85, has become far more sensitive, wanting all of her family to understand where everything came from. Call the grandkids when obachan makes Weenie Royale for breakfast. Come and spend time so that you learn how to make this food, so you can make it for your children and their children.

Due to COVID, I have been invited to try on a few new hats at Akron Art Museum. As a social media content creator, I have whipped up 4 recipes for our new series: Cooking with the Collection. This is the 3rd of 4 shared:

Due to COVID, I have been invited to try on a few new hats at Akron Art Museum. As a social media content creator, I have whipped up 4 recipes for our new series: Cooking with the Collection. This is the 2nd of 4 shared:

Pablo Picasso met Jacqueline Roque in 1953 at Madoura Pottery in Vallauris, Southern France, when she was 26 years old and he was 72. Jacqueline’s image began to appear in Picasso’s paintings and is characterized by an exaggerated neck & feline face, distortions of her features. Eventually, her dark eyes and eyebrows, high cheekbones, and classical profile would become familiar symbols in his late paintings. In 1963 he painted her portrait 160x and continued to, in increasingly abstracted forms, until 1972.

The printmaking process Picasso used to create this portrait is called aquatint because finished prints often resemble watercolor drawings or wash drawings. The process achieves a broad range of tonal values — the light or dark of a color — which is the most important design element of a painting. The drypoint line drawings are reminiscent of Picasso’s uniform of his later years, the Breton striped shirt.

As a docent & studio art educator at Akron Art Museum, you’ll see hints of my favorite black & white stripey shirts in-studio lesson photographs. The iconic style was a staple in the wardrobes of other creatives like F. Scott Fitzgerald & James Dean. The Breton shirt was created officially by French law in 1858 for their Navy. The contrasting stripes made any sailor who fell overboard easier to spot in the waves.

Are you ready to fall overboard for soup?

This recipe is about to carry you from the South of France to heaven on waves of tasty tonal values. Lentils & mushrooms simmered in white wine, create a flavorful, earthy broth, while salty olives & capers lift your tastebuds, taking off on sweet, stewed tomatoes …until fragrant herbes de Provence carry you away with the clouds on a lazy, summer day. herbes de Provence thyme. savory. oregano. marjoram. rosemary. lavender.

Due to COVID, I have been invited to try on a few new hats at Akron Art Museum. As a social media content creator, I have whipped up 4 recipes for our new series: Cooking with the Collection. This is the 1st of 4 shared:

This regular series uses the Akron Art Museum’s collection as a source for inspiration for meals to cook at home.

Robert Motherwell was an American Abstract Expressionist painter, influenced by the automatic writing & drawing prescribed by the Surrealists. He says abstract art is driven by what he called an unquenchable need “for felt experience — intense, immediate, direct, subtle, unified, warm, vivid, rhythmic.” These words, which at times oppose each other, are apt descriptors for the monumental Africa Series, whose shapes & gestures feel animated & mobile, even while they are most certainly flat.

Why am I so often drawn to artworks in black & white? As a docent & studio art educator at Akron Art Museum, I am surrounded by a wonderful world of art elements: line, shape, colour, texture, space, & light (teacher’s got to teach). You’ll see hints of my favourite black & white stripey shirts in studio lesson photographs. Why black & white? The answer appeared on page 33, one unassuming afternoon, inside the book, How to Talk to Children about Modern Art, by Françoise Barbe-Gall:

Black and white [abridged] The use of black and white comes more from the tradition of drawing than painting and supposes a focus on the basics: sketches and drafts and, of course, of writing. They emphasize the essence of what is ‘said’ — or rather the thought that inspires an image. …When Picasso decided to paint Guernica in black and white he was aligning his means of expression with the newspapers which broke the story of Guernica’s bombing. So the painting was both a picture and a text. Guernica presented a world divided in two between black and white. Commentators highlighted the link with Far Eastern calligraphy and it inspired numerous artists after the 1940s, particularly in the USA. Fascinated by Picasso’s work, which was exhibited in NY, young painters discovered in it an alternative to realism, as well as a true commentary. The development of this new vocabulary is to be seen in the works of Franz Kline, Jackson Pollock, Willem De Kooning” …and Robert Motherwell. Motherwell’s practice was characterized by an intuitive approach to painting. “Painting is a medium in which the mind can actualize itself; it is a medium of thought,” he once reflected.

A REVELATION! In addition to creating art, I am also a word nerd: writing, playing with puns, & appreciating alliterations, or a truly great font. This must be why I am so often subconsciously drawn (yep, that pun was intended) to the symbolism of black & white art.

Want to know what else is a revelation? Robert Motherwell’s Chocolate Mousse.

Talk about an abstract RECIPE that is not only driven by an unquenchable need for chocolate, but is also an expressionistic gesture drawing in food! 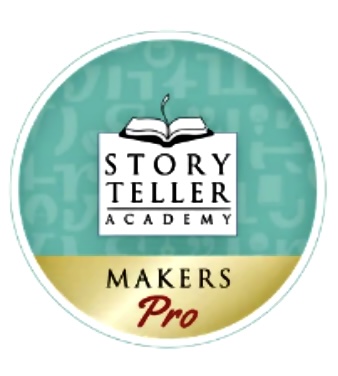 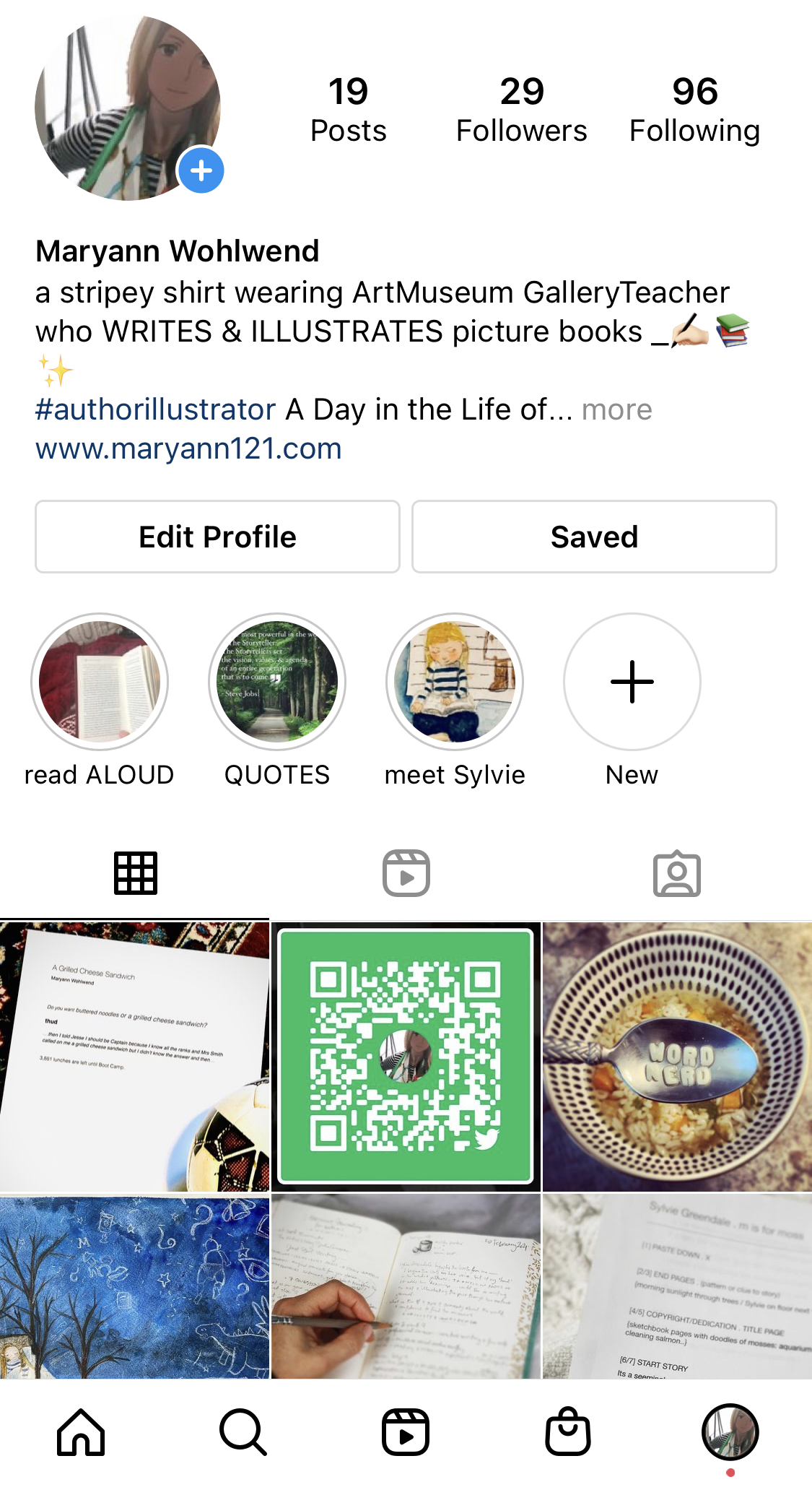 “I AM Powered” AMAZON

find me HERE & THERE

all artwork in this blog are property of Maryann Wohlwend & not to be reproduced without written permission. Thank you.